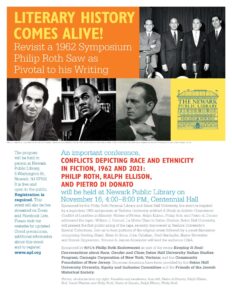 Conflicts Depicting Race and Ethnicity in Fiction, 1962 and 2021: Philip Roth, Ralph Elison, and Pietro Di Donato - Symposium - In 1962 Phillip Roth, Ralph Ellison, and Pietro Di Donato appeared on the same stage together at Yeshiva University. The symposium was to discuss their literary responsibility in representing their respective minority groups: Jewish; Black; and Italian. The archived audio tapes have not seen the light of day until the present - aired at this November, 2021 conference at the Newark Public library - a result of the dogged historical sleuthing of Prof. William Connell, of Seton Hall University.

Crime at its Core: Looking Back at Pietro Di Donato’s Christ in Concrete (1939) - Peter Blauner takes the freshest approach to Christ in Concrete in many years. He cleverly points to "criminal" capitalist beast Job, being Di Donato's core grievance against society . . . while the candid story of his own reading of the novel is brilliant - itself approaching "operatic." He effortlessly takes on what academia has been mired in for decades: "the language," and style and voice, of the prose. For those who have put the book down more than once, or shied away from approaching it - this piece is invaluable.

An Afternoon With DiDonato - Di Donato never failed to give a provocative, even audacious live interview - and Chicago-based Tom Johnson never failed to draw forth as in this 1985 interview under the big maple tree of the Strong's Neck House: criminal acts and war crimes foremost on the writer's mind as the first invasions of Iraq, under George H. W. Bush, flourish in the American media and public psyche. 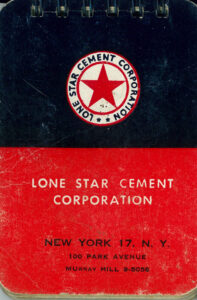 Missing Poets and Writers of Vasto.