Other Works > The American Gospels 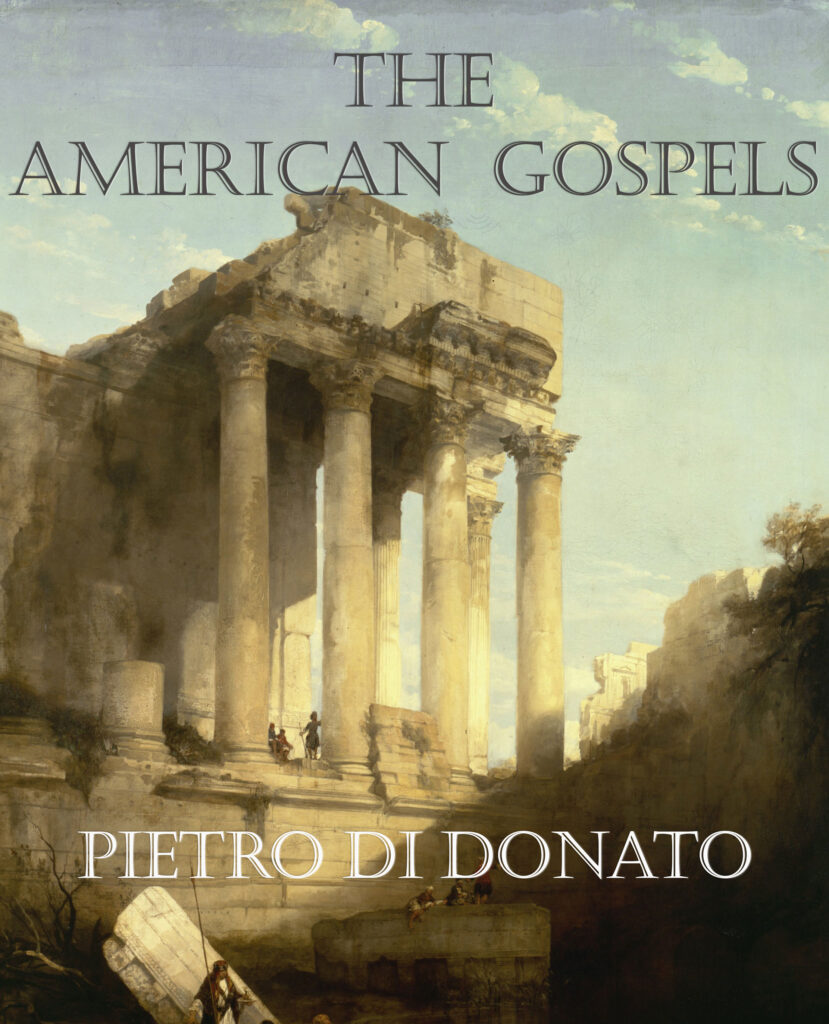 Since its inception in 1969, and its completion in 1989, the novel The American Gospels has never been released.

Here, for the first time, pietrodidonato.com is honored to present the original manuscript as it came off the author’s IBM Selectric typewriter in his writing room at the Strong’s Neck house — the work Pietro Di Donato intended as his legacy,
his envoi — 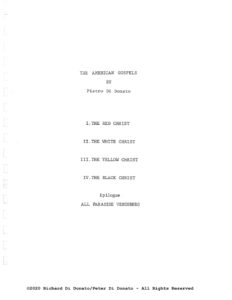 "But the only other thing that will be the counterbalance to Christ in Concrete is a work I've been doing for the last few years. It is a modern version of the gospels in which every gospel has a different Christ. Now, this work, called The American Gospels, is purely my revenge on society, my answer to all the nonsense of authority, and of church and so forth. As I said, I don't care if everything I've ever written besides Christ in Concrete and The Gospels is thrown away . . . I treasure Christ in Concrete, and I treasure The Gospels because they are my fate, my identity, my soul — my conscious evaluation of myself." 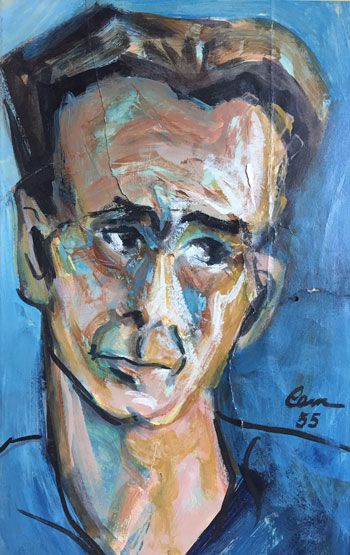 In early December of 1969 Di Donato walked into his local stationary store, Darling's, in downtown Port Jefferson. The latest edition of LIFE, on the magazine rack, broke the Ron Haeberle photos of the My Lai massacre. The course of his remaining writing years was instantly revolutionized, set in stone tablets and handed down to the man who once wrote Christ in Concrete.

With the bloody Kodachrome photos carefully cut out and taped to the wall behind his writing desk, he undertook a twenty-year project that would result in possibly the most brilliant train wreck in all of modern American literature. Obsessed with the question of truth, and justice, for the bullet-riddled babies and old of the Viet Nam War: The American Gospels were hammered out from the Soul and Substance of the artist.

"The Gospels I am writing because I was, as a young Catholic, a true believer — but once I outgrew that, I had to replace it with Gods of my own creation, replace the impotent old man with a God I can believe in — the way I believe He, or maybe She, should be . . . I mean, life is 'stimulation,' don't you think? You can't offer people this sterile Paradise, some kind of eternal bliss with a punishing God — they don't have sex, they don't drink, they don't fight — there's no stimulation! But above all, a God that is just. A God that rewards the true, the good . . ."
Dorothee von Heuene-Greenberg interview, 1985, Pace University.