Christ in Concrete > The Book

The story behind the novel is an unusual one. Its first incarnation was as a short story as it appeared in Esquire magazine in 1937, and caused an immediate sensation. The unusual aspect was the amazing manner in which founder-editor Arnold Gingrich and his editorial staff discovered the short story submission by a totally unknown writer, while working late into the night. (It also happens to have been the author's first attempt at writing. See short story in Esquire here.)

Let's look at the story of the novel from two distinct vantage points: first, from the man who discovered Di Donato, Arnold Gingrich. And second: we get the academic perspective via Fred L. Gardaphe's definitive introduction to the 1993 Signet Classic edition of the paperback.

Here is the introduction Arnold Gingrich wrote for an unusual, small hardcover edition Esquire published specially for the short story, after it had first appeared in the magazine in 1937: 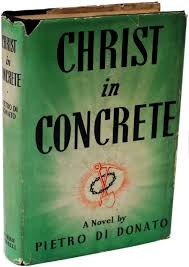 We were tunneling our way through the mountains of accumulated manuscripts and, a little past four in the morning, had reached that point were the going was a little bit tough. We had caught ourselves nodding two or three times in the course of reading one script, and were weighing the wisdom of taking time out for black coffee before tackling the next one, which happened to be Christ in Concrete. The title had turned into an exclamation before we had finished the first page, and no coffee was needed to keep us awake. Finishing the story, which left us limp, we looked to see if the author had appended any word about himself. And came across the following: "What can I say, other than - i am twenty-five - been a bricklayer since thirteen - support a large family - i am alive - and yet dead - have died a thousand times in the guts of great Job, who has weighted my life and rises everywhere before me - he's not human - my soul scene is a maelstrom of bricks, mortar, goading foreman, leering suckers, whore-faced bosses, shouts, sweat, madness and mute death on Job."

This was tantalizing and not altogether reassuring. It seemed to us to have a slightly phoney ring, a note of arty self-dramatization that had not sounded once in the story itself. We were skeptical, too, of all this prodigious bricklaying. Meyer Levin, who had read the story before we had and who happened to be New York-bound the next day, offered his expert services as reporter and investigator on the case. He would look up, and over, Mr. di Donato and confirm or deny our cynical suspicion that all this breast-beating about bricklaying and bosses was just a Union Square or Greenwich Village gag.

The dossier on Donato had just come back to us, over the teletype from our New york office, where Mr. Levin led the newly-discovered author so that they might dictate, in duet form, the details demanded for this space. And thus we learn that di Donato is indeed a bricklayer, and apparently a very good one, and that he does, contrary to our doubts on reading his first letter, talk think live and dream exactly as he writes.

It will save your time and our space to pass this information on to you exactly as received, only changing the teletype's jerky unpunctuated all-caps style to the easier reading of upper and lower case letters:

"Donato is 25. Has been supporting family of 7 brothers and sisters since he was 13 when his father, a master mason, was buried under the collapse of a six-story building on which he was working. Pietro then went to work as a bricklayer and helped build half the Bronx. His father's friends assisted in keeping him out of trouble dodging truant officers. Family often moved for this cause. Was earning $5 a day and laying face brick at 14 and at 18 became master mason earning $80 a week. No schooling except grammar school and scattered night school courses in engineering. Mother died of cancer in 1932, upsetting him emotionally. he then bought ticket for Soviet Russia intending to work there but changed ticket for automobile and drove entire family to Florida where he tried to make fortune, lost everything, and came back broke to Long island . Now lives in Northport and has W. P. A. job teaching dramatics. He has stage fever, wants to write plays. Attempted to run summer theatre in northport summer before last. Christ in Concrete was his first written story and Esquire his first submission. Friend in Long Island read story and encouraged him to submit. Wants to write novel on bricklayer background. Do U want more."

To which we answered and Meyer continued; "He is right here. Looks like Dante. That seems to stop us both." After a long pause the telepype tapped on with, "When 13 first job was for contractors his father had aided, but they gave the kid $5 a week which he is still mad about. Also about the uncle, of the distant Italian family variety, who promised to put him through college but has not yet fulfilled. Do U want photo."

"Will do. In school liked History and Physiology, failed in 'baffling formulas of English and Arithmetic." Ran away from home 3 times at age of 9. Last time getting as far as the State Insane Asylum in Snake Hills, N. J. Then decided he would be a movie actor and haunted the offices of Fox Film but they didn't see any Shirley Temple in him. Will let him talk to you direct before he goes. Here he is."

"After father died I then mounted the scaffold at 13 with my father's trowel in hand, vowing my family shall live. At 15 I was an expert craftsman. At 17 was foreman on construction of Hotel Lexington, accepted as a master mason although usually one cannot get an apprentice card till 18. Worked on the skyscraping towers of bedlam. Saw death crucifying the heart in overalls and could hear in the screaming rhythm of the job the sad tearless voices of honest men. I read hungrily and felt kin not only to those who expressed themselves but also to those who had no voice."

Now we turn to select paragraphs pulled from Fred L. Gardaphe's definitive introduction to the 1993 Signet Classic edition of the paperback:

1939, the year that Pietro Di Donato's Christ in Concrete appeared as a novel, was monumental in American history. In the cultural arena James Joyce published Finnegan's Wake, John Steinbeck's the grapes of Wrath topped best-seller lists around the country, and Judy Garland made her debut in The Wizard of Oz. In politics, the Hitler-Stalin pact shocked the American left, Germany and the U.S.S.R invaded Poland, and while America remained neutral, Britain and France declared war on Germany. Technological breakthroughs included Edwin H. Armstrong's invention of FM radio and David Sarnoff's unveiling of the first television at the World's Fair in New York.

While critics disagreed as to the novel's formal merits, they unanimously concurred that a major voice had broken into the American literary scene. After a brief period of national attention, Christ in Concrete was relegated to the margins of mainstream American culture where it lay dormant as a minor classic. Overlooked by literary historians, the novel rarely appeared in American literary courses. The author, while a favorite guest speaker in the rare course on Italian/American culture, survived primarily as a bricklayer, the trade he had mastered in his teens.

In an early review, E. B. Garside called him "a shining figure to add to the proletarian gallery of artists." Garside then dismissed the young author with a prediction that di Donato "would never create a prose [sic] equal of Leopardi's A Silvia, nor will the latter-day rebellion rise to the supple power of Pensieri." Garside's nativest chauvinism becomes obvious when he attempts to provide insight into the Italian soul: "But it must be understood that the Italian soul is essentially 'thin.' The Italian peasant and work man live themselves out fully as part of a family, or of an aggregate of some sort all committed to the same style."

Louis Adamic, an immigrant himself and editor of Common Ground and thus perhaps sensitive to di Donato's characters, saw that Christ in Concrete was unlike the staple fare of the laboring class that he characterized as "reflections of the economic treadmill on the tenuous cheesecloth fabric of an ideology." Yet, in spite of this sensitivity, Adamic's view betrayed a stereotypical notion of the Italian in America when he characterized the writing as "robust and full-blooded and passionate, now and then almost to the point of craziness; . . . he has imagination and a healthy sense of the source of poetry in the Italian. . . . Sometimes one feels as though bricks and stones and trowelfuls of mortar have been thrown on the pages and from them have risen words."

Only recently have critics begun to realize the value of di Donato's contribution to American letters. In a resurrection of di Donato's speech presented at the Third American Writers congress in 1939, Arthur Casciato helps us to understand why writers like di Donato have been ignored by the literary establishment of the period. As Casciato points out, di Donato refuses to adopt "the prescribed literary posture of the day in which the writer would efface his or her own class or ethnic identity in order to speak in the sonorous voice of 'the people.'"

In spite of his absence in historical and critical studies of American writers, di Donato is perhaps the most well known of the early Italian-American writers because of the impact Christ in Concrete had and continues to have on its readers. Through the novel we gain an unprecedented insight into the mysteries of Italian immigrant life. Whether he is describing a worksite of a bedroom, di Donato's imagery vibrates with the earthy sensuality that early Italian immigrants brought to their American lives.

For many critics, di Donato's first novel has become the prototypical "ethnic' American novel, in spite of the fact that a number were published long before his. One of the reasons for this stems from the fact that the peculiar aspects of Italian immigrant culture are represented in this novel as in no other writing yet produced by an Italian American. 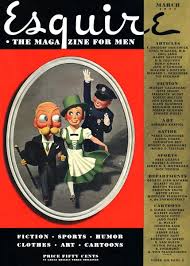 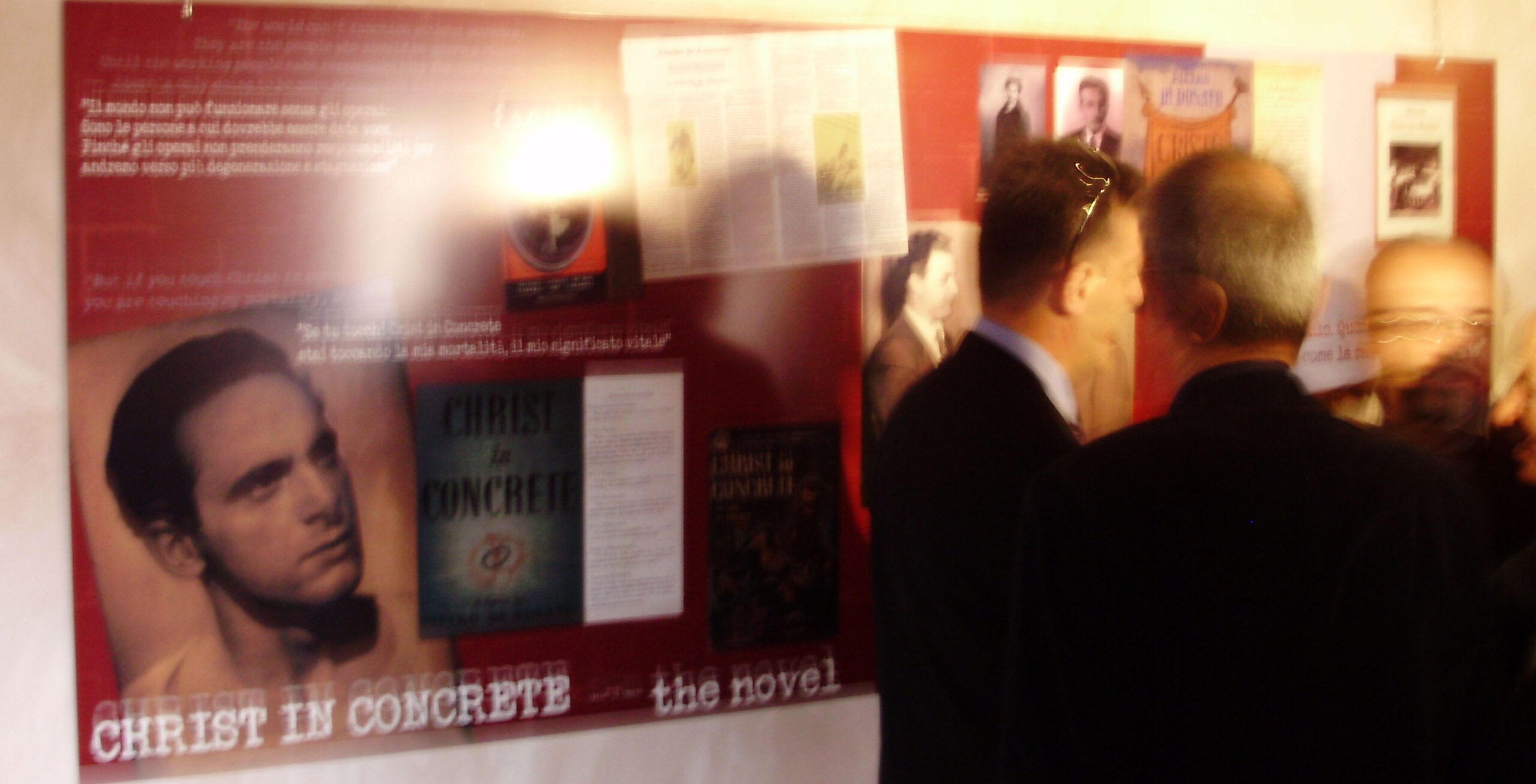