Christ in Concrete > The Movie

In 1948, almost ten years after the novel's publication, dialogue began between Di Donato's agent in New York, Lucy Kroll and acclaimed Italian director Roberto Rossellini in Italy. This seemed a natural development seeing as Di Donato had recently provided the English subtitles for the American theatre release of Rossellini's masterpiece, Open City, right after the war.

At some point, though, Edward Dmytryk's name came into the fore as possible director to make the movie. In addition to being most sympathetic to Dmytryk's recent blacklisted status in Hollywood, Di Donato had seen his 1947 Crossfire, and was impressed with the stark style and powerful condemnation of anti-Semitism and bigotry under any guise. 1947 was the same year Dmytryk was named as one of the "Hollywood Ten."

In addition, Hollywood screenwriter Ben Barzman, inspired by the book's universal 'working man's rallying call' and encouraged by his wife, Norma, gave a copy of Christ in Concrete to Dmytryk over lunch in the studio commissary; this, at that pivotal point when both Barzman, and Dmytryk, would soon come face-to-face with their inevitable blacklisted fate: no longer able to work in Hollywood. Within months, Dmytryk would self-exile to England so as to continue making movies. No doubt, the theme of Di Donato's book offered them an artistic platform from which to fight back against their railroading by both HUAC, and, the Hollywood moguls. Full-length movie with commentary

For those with a keen curiosity about the Black List Era and The Hollywood Ten, this article from the Guardian, "An American 'communist' in London," is an amazing condensed breadth of history and facts. In it the author gives a clear and revealing account of how director Edward Dmytryk and Ben Barzman, the screenwriter, managed to get the feature-film adaptation of Di Donato's novel shot on the British soundstage of Denham Studios, and cast with international stars - Astounding! 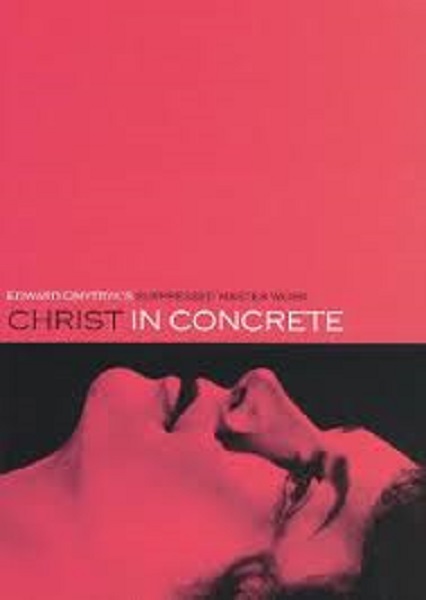 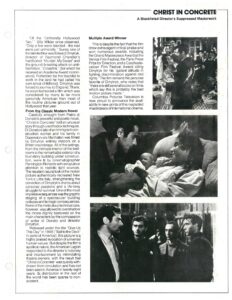 With the involvement of producer Rod Geiger, the film would be shot on the sound stages of Denham Studios and released in 1949 in England as Give Us This Day, while in the United States, under the title Salt to the Devil.

In spite of its immediate acclaim in England and award winning status across Europe, it was aggressively boycotted and picketed by anti-communist factions, including the VFW, upon its release in the US; effectively pulling the movie from US theatre distribution.

There, it remained, a 'lost classic,' until its 2002 DVD resurrection released by All Day Entertainment; struck from the Master Negative stored in the vaults of the British Film Institute in London.

So, sit back and relax and let's enjoy Dmytryk's restored classic that so beautifully unfolds the pathos of Di Donato's story in the classic, unhurried style that is now a thing of the past in Hollywood: